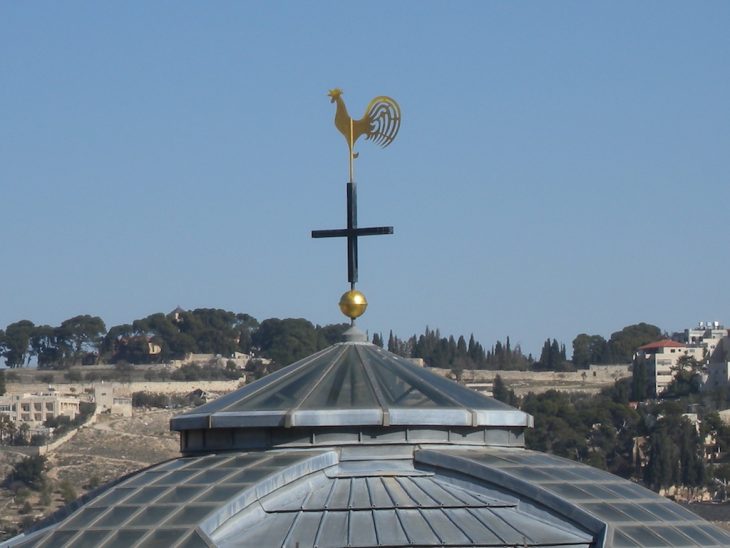 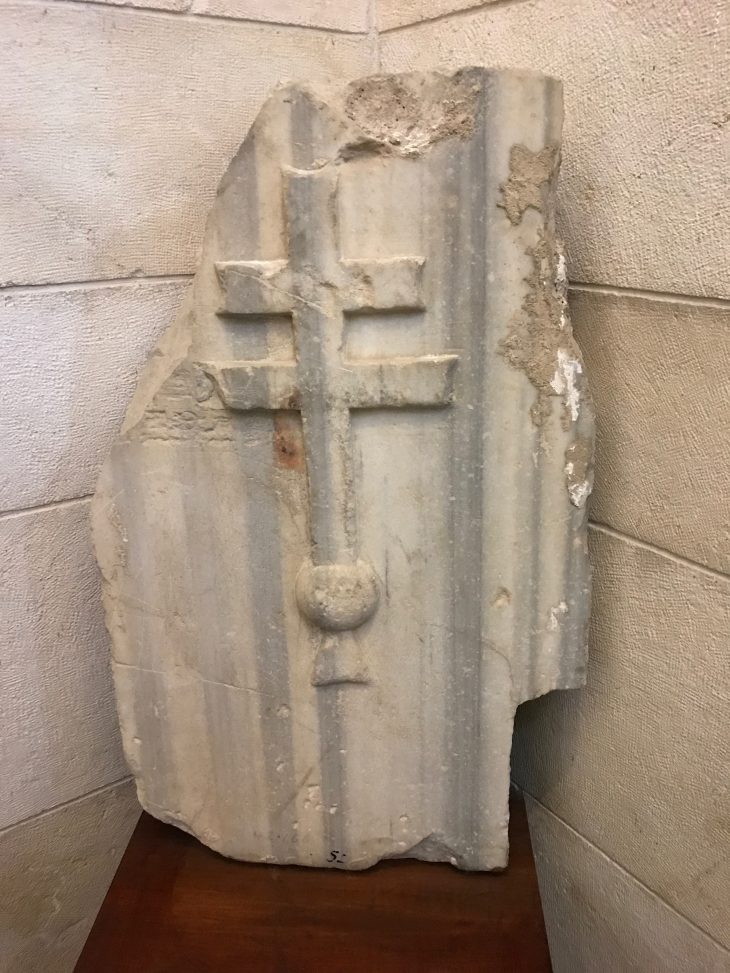 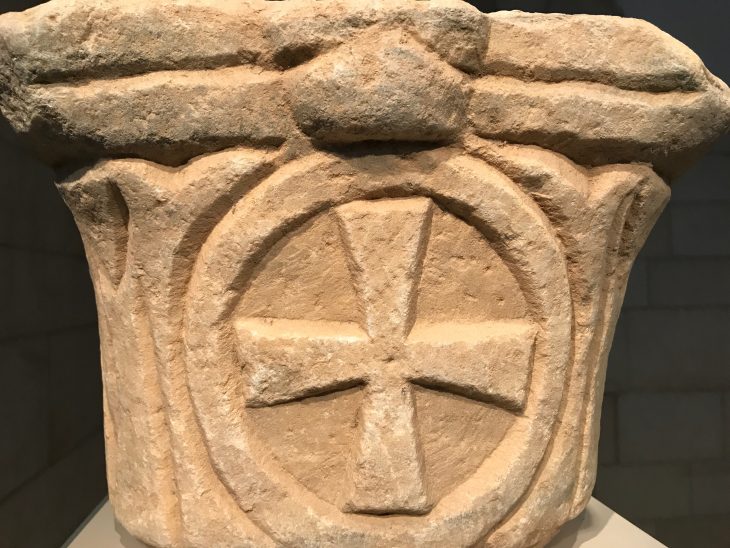 Prepare now
It’s all you have
The Lord takes our preparation
Shaping us, filling us

Our God is a mighty power
Moving us from strength to strength
He is calling us to speak
His name, His work in you

Calling you to care, to love people you meet
Come, follow me
Christ will be with you every step
It won’t be easy but it will be victorious 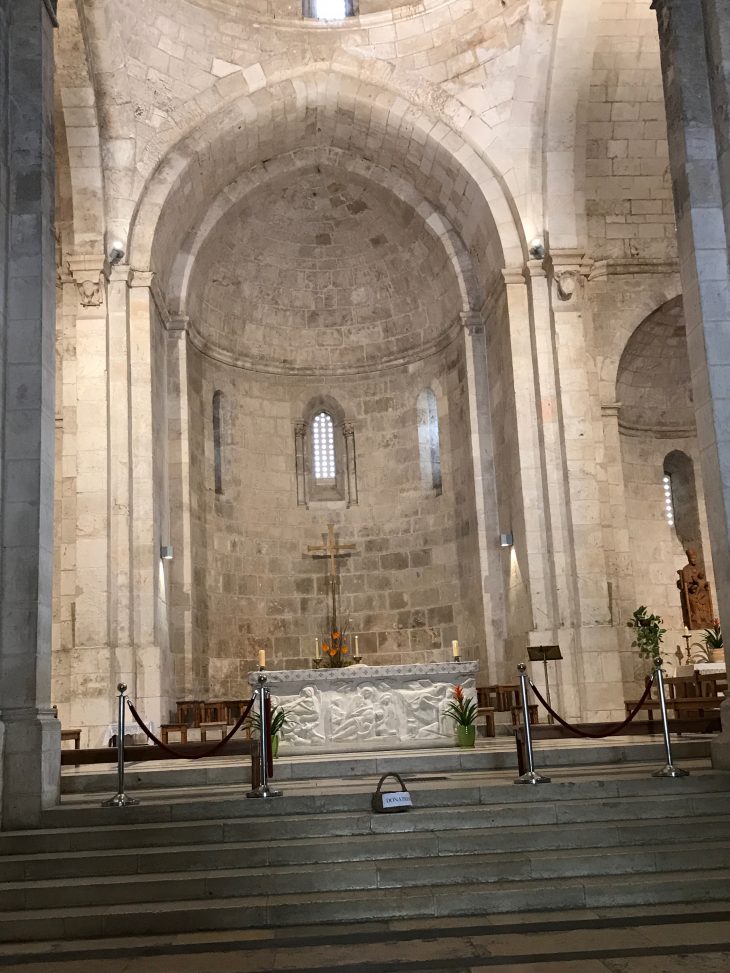 Christ in me, Freedom from the evil one

Giving me the power, to live free and Serve Him

Christ in me, my Mind submitted to God

Harnessing my wandering heart, focusing my mind on You

Christ in me, Heart control a choice

Evil seeking to destroy me, By The things I say and do

Christ in me, His control guides me

Leading me to serve, equipping me to grow

The things I do important, His power available if I ask

Christ in me, He knows the end from the beginning

Serving Him and using me, His goal, my hope

Giving me the confidence to rejoice, He gives me peace 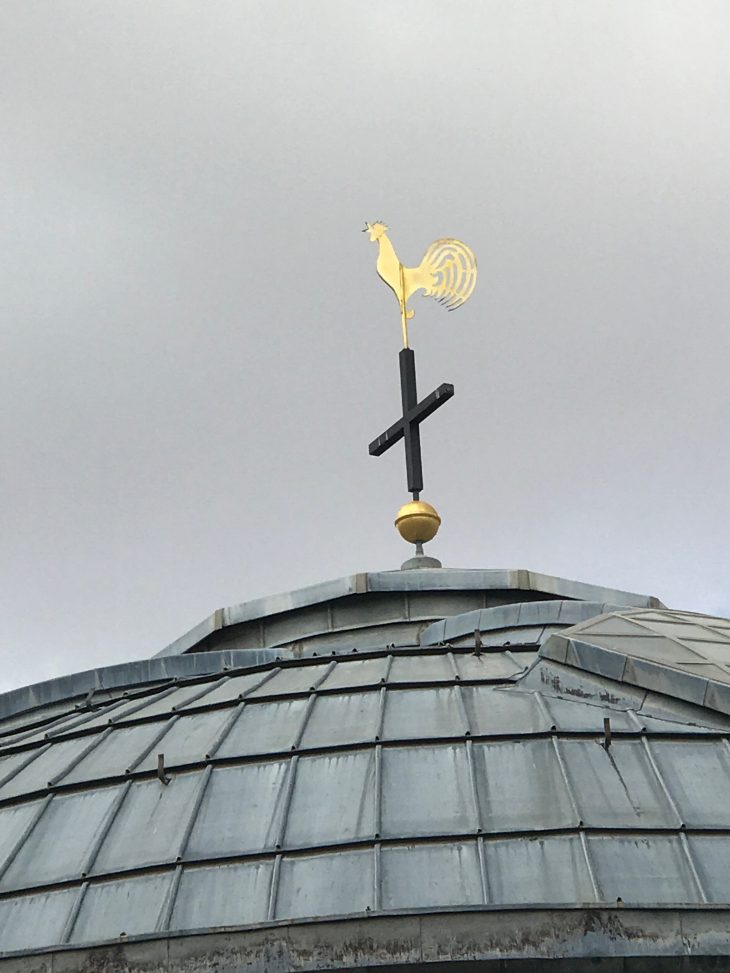 God never sleeps, never dozes, never misses anything
He is the Creator, watching over mankind, His creation
Before you were formed in your mother’s womb
He knew you – He’s not missed one second of your life
He had a mission for you – you count with the Father
Sin destroys us, we are sinful through and through, it sidetracks us
Jesus comes to us with the Gospel, He has a better way

The Lord is near – He is as indivisible from us as our shadow
He is here – always here – never not here
Good, bad, or indifferent, whatever ugly mess we make of our lives
Jesus reaches out to us, claiming us, reassuring us – we count with the Lord
We belong to Jesus – He treasures us – He knows us – He loves us – He is love

Jesus always knows exactly what is going on with us, each one of us
He is never indifferent to our condition, He cries with us, He laughs with us, He loves us
He never wearies of dealing with us – perfect patience, total love – He never walks away
Jesus deals with us individually, He knows each one of us, totally, completely
He matures His promises in our journey, we count with Jesus Christ
We discover in our spiritual journey that He reveals Himself to us day by day
Today we know Him, tomorrow we know Him better – we count with Jesus

The Lord Himself cares for us, not angels, our Father, Shepherd, King, Lord
He guards us now, He knows what is going on, He is by our side
He guards us when we leave, when we return, we count with Jesus

Jesus is our protection from all evil, 24/7, He is always on the clock
He is able to care for us, forever, always, in every situation
He is committed to us, Jesus never leaves us, we count with Him
We are His treasure, the apple of His eye, individually, personally 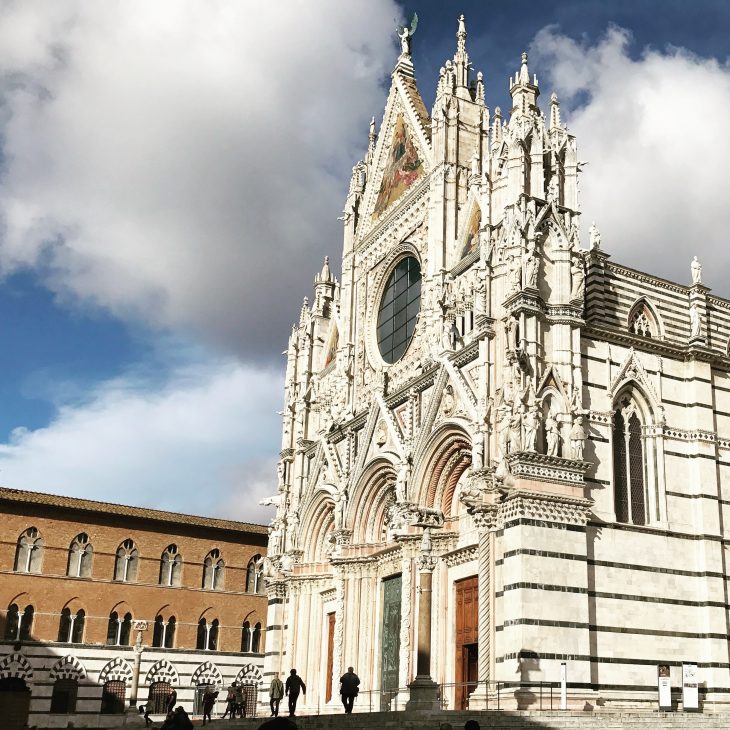 Frank loves Jesus, with his heart, soul and mind
His wife and children are the apple of his eye, a blessed gift of God
He has organized his life around-God, Family, and People
With a deep love for God and Family, Frank loves people

He seeks to share the Gospel with everyone he meets
He guides God’s Church, with Christ in control
He cares for others as he would care for himself
Frank loves people, loves to help people, loves to listen to people

Frank’s heart is consistently focused on the needs of the people he meets
His concern for their lostness leads him to care for them as a shepherd
He also cares for their pain, their economic situation, and how he can help them
He never misses an opportunity to reach out and help, to care, to comfort

His whole life is an open book, he is a friend, he has friends
His word is his bond, his heart is passionate for the cause of Christ, and for hurting people
He leads as Jesus leads him, he is surrendered to the guidance of the Lord
Frank is winsome and people want to be with him, he cares

Dependability has been a lifelong trait
Frank is there, he is in the traces
Determined, diligent, bold and enthusiastic
He loves Jesus, and he ministers to his flock
Gently, generously, gratefully and with humility

Frank never runs over others, he truly works with people to help them
He has a unique ability to use words and actions that communicate his concern
He exhibits strength that is an uplifting strength, encouraging and positive
He has an ability to forgive and forget that enhances his ministry opportunities

Frank leads God’s church, and God’s people as God’s man
His life exemplifies his willingness to submit to Jesus and do what Christ calls him to do

His faith is platformed with joy and peace-Jesus is in control
Frank is patient, persuasive, resourceful and reverent to the Lord
An obedient servant who exercises self-control and wisdom for the Lord
Every day, he is in service to Jesus

POEMS ON A JOURNEY IN ISRAEL 2010 – CLAY CORVIN 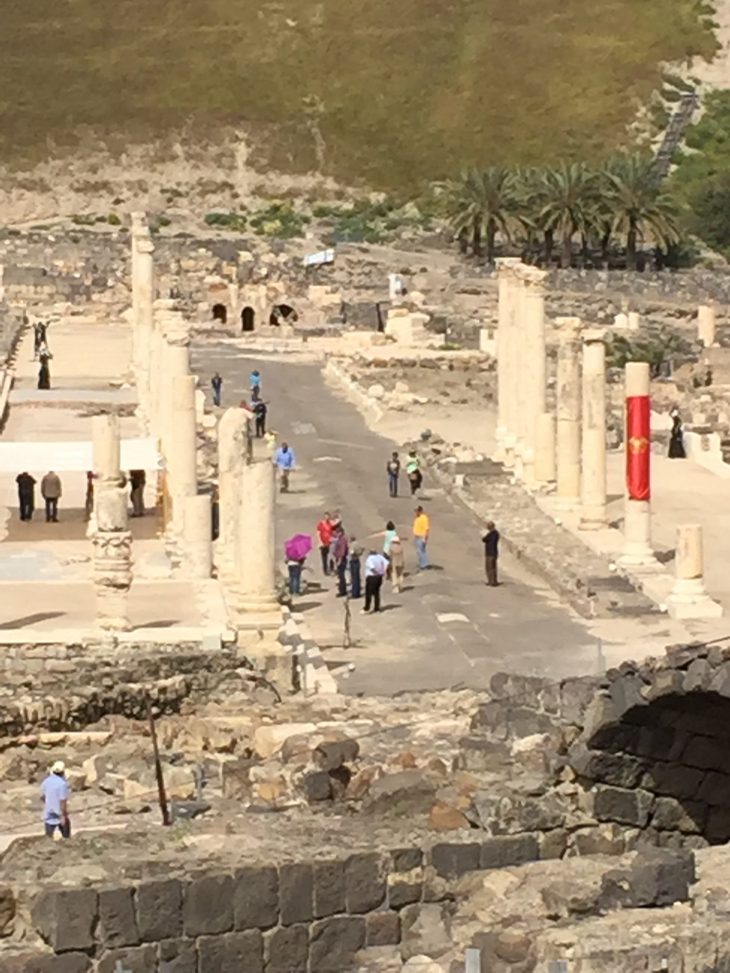 It is very different from our home, an understatement
We have deep spiritual ties to this place, this land called Israel
Stop one will be Beersheva, the Well of Oath
Our learning begins here at an event 3,500 years ago

We gave an oath to Christ -He gave us new life
The Lord is in our life-the Holy Spirit leads us
We live our life by our oath, Jesus I belong to You
Our eternity began then; our new life in Christ

Look close, smell the eggs, see the death
After that day fishermen will line the banks
The water will flow fresh and alive
We have seen the place as Ezekiel saw in his vision

What is it that He wants you to do?
That no one else can do
You’ve known awhile and yet you drag
Maybe it’s time for you to do

Now’s the time, this is the place
Make your covenant anew
Before you leave be sure to write
That thing He wants you to do

Peoples through the ages
Sought to own this land
Fertile soil, gentle climate
A perfect place to grow

Do not weep dear mother, young man arise
Conquering death with one quick word
A gift of compassion and a gift of love
Jesus stunned disciples and all raising one from the dead

He gives this gift to us, undeserved and free
Conquering death by His great power
Setting each one of us free, giving us what we need
The power to live a life of worth, Jesus sets us free

TABLE OF CHRIST
John 21:15.  So when they had finished breakfast, Jesus said to Simon Peter,

The sweep of Genesis touches upon the Galilee
Jesus lived the majority of His ministry around these shores
The Mount of Beatitudes, Capernaum, Bethsaida, so many more
I’ve seem them all and walked along the shore

How can the Lord use this in my life?
Change comes to mind first-I must change
I can begin to let Christ work out of me
Making a difference in the person you see

Hazor was powerful for 2,000 years
Doing as it pleased
An important city at its peak had 40,000 inhabitants

Ancient Laish, captured by Dan
The northernmost boundary of the Promised Land
Dan dishonored God by their graven image
This city started out bad and got worse

One day all of this fell apart
Evil was destroyed
Notice that Dan is a nature preserve today
The people that lived here disappeared 2,800 years ago

Cool and inviting in the summertime
Jesus brought the disciples all the way here
Who am I Jesus asked?
Peter replied you are the Christ!

CITIES OF REFUGE
(as you travel through the Golan you will be near one of the cities of
refuge-Golan-the six cities are listed at Joshua 20:7-8)

The Lord calls us to peace and gave a place for refuge
Kadesh, Shechem, Hebron, Bezer, Ramoth, and Golan
Everyone was near a city of refuge
We partner with God for peace

Jesus is our refuge, He is God’s everything
In Him we have God’s peace and provision
His gift to us is His right standing with God
Jesus makes us free and brings us into God’s kingdom

CAESAREA BY THE SEA

Roman, Byzantine, Crusader
Choose your age of study
Caesarea was important to each
Today it is ruins and sand

Herod, what a despot
Built and built and built
Safer to be a pig in his household than a child or a wife
Named his new port city after Caesar, seeking to curry favor

What do you see from Carmel’s heights?
Pharaoh’s conquering army?
Assyrians marching to Jerusalem?
Babylon taking Israel to captivity?

All of them slept
Long day, hot any number of excuses
Jesus prayed alone

The Kidron was the city cemetery by the time of Josiah
It is important in some apocalyptic literature
It is a wide, dark place that even today is somewhat rugged
Behold days are coming when it will be Holy to the Lord

The impossible is easy for God
What we cannot do, what we cannot imagine
Is prophesied by the Servant of God
Jesus takes us from where we are and makes us Holy

MOUNT OF OLIVES-HE WEPT
(Luke 19:41-42. As he approached Jerusalem and saw the city, he wept over it and said, “If you, even you, had only known on this day what would bring you peace—but now it is hidden from your eyes.)

GATES OF ZION
(The Lord loves the gates of Zion more than all the dwellings of Jacob. Ps 87:2)

Private, private so many shout
I do just fine alone with God
Yes that is true, in Christ we do
The Lord ordained His public rule

ALL POEMS WRITTEN BY CLAY CORVIN PRIOR TO 2018